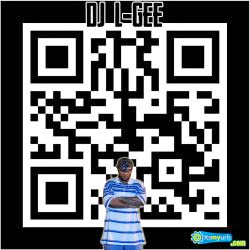 In 1993, DJ L-Gee got his 1st pair of Gemini turntables. After abusing those turntables he then got the real deal, a pair of Technics turntables. L, as his peers call him, has been making mixtapes since 1996. L-Gee is on his grind trying to make his name known throughout the industry and the streets as he continues to bang out hot mixtapes. He has had mixtapes with drops & hostings by such artists as The Game, Jim Jones, Juelz Santana, 50 Cent, Ali Vegas, Tyrese, Letoya Luckett, Paul Wall, Mike Jones, Chamillionaire, Trae Tha Truth, Guru, Cassidy, Kanye West, Amerie, Mya, Pretty Ricky, Travis Porter, Maino, Grafh & many more. In 2005, L-Gee was picked to be a member of the World famous Bum Squad DJz. L was also added as a member of the newly formed Hood DJs. This then got him a spot on the ever so popular AOL Radio Mixtapes Station, as well as Sprint Radio. At the end of 2005 The Game, Nu Jerzey Devil and DJ Skee chose DJ L-Gee to be a member of Black Wall Street as a mixtape DJ. Due to his heavy grind L-Gee was also added to the rosters of Hustle Squad DJs and All Out All Star DJs. MySpace.com also recognized DJ L-Gee and they made him an official MySpace DJ. Fast forward to 2011, L-Gee is still on his grind. Chris Ford, President and CEO of Starr Scream Ent appointed DJ L-Gee as A&R and DJ of his label. Towards the end of 2011, L-Gee was also asked to be a member of yet another DJ crew, the Fleet DJs. L-Gee is busier now than ever but refuses to slow down. His mixtapes have well over 1 Million downloads combined which is an amazing accomplishment of its own. Keep your eyes and ears open for DJ L-Gee and see for yourself why he is considered to be "Queens Best Kept Secret".